Santa Ana, CA - On Sunday, September 12, Supervisor Katrina Foley (2nd District) will host a parade in partnership with the City of Newport Beach to honor Orange County’s Olympians. The parade begins at the Balboa Pier and concludes at Veterans Memorial Park in front of the American Legion in Newport Beach, where there will be a reception. The public is invited to join for the family friendly outdoor celebration. We encourage all participants to wear a mask during the event to keep our community safe and healthy.

“It is my honor to congratulate our hometown Olympic athletes for their outstanding achievement,” said Supervisor Foley. “They made Orange County and our entire country extremely proud. I am looking forward to celebrating them on Sunday alongside local elected officials, military veterans, police and fire departments, and community members.” 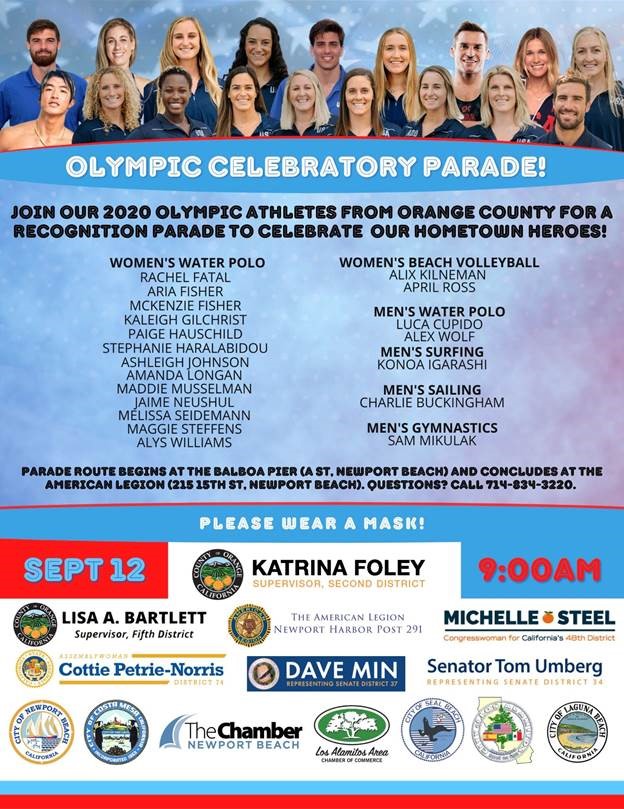