“Today our community witnessed the justice system work in two important cases out of the City of Costa Mesa. In 2018, while I represented the City of Costa Mesa, we suffered the tragic death of a beloved longtime firefighter, husband and father, Captain Mike Kreza, who was murdered when a man driving under the influence of opiates passed out and ran him over on the sidewalk with his van. Captain Kreza's tragic murder demonstrates the underbelly of the dysfunctional sober living home industry in Orange County where employees and patients abuse opiates and cycle in and out of a system premised on profits over people.”

“For nearly seven years, I have partnered with local and state officials like Assemblymembers Cottie Pettrie-Norris and Sharon Quirk Silva, alongside community members and credible providers to enact local and statewide reforms to regulate sober living home industry.  The industry's grip on Sacramento is strong, but locally we continue to progress toward more accountability and rules to protect people, patients, and neighborhoods.”

“Today those that abuse the system were again held accountable.  Today a jury of Orange County residents found the driver in the murder of Captain Kreza guilty of second degree murder.  He was both a patient and an employee of a sober living home and there was evidence that he obtained prescription drugs from his employer.  Also, today, the United States District Court of Appeals for the Ninth Circuit once again affirmed and ruled that the City of Costa Mesa's ordinance intended to reform and regulate abusive sober living homes was lawful and non-discriminatory.”

“Costa Mesa Mayor John Stephens, with whom I partnered with to help assist in the development of the legal strategy for the litigation, shared his appreciation of the Federal Court's ruling in the YellowStone Case, saying, ‘Our reasonable regulations of sober living houses are necessary to preserve the character of our neighborhoods and protect people."

“Captain Kreza's personal and firefighter family will continue to grieve his loss and long for his companionship, compassion, comradery and community servitude.  But at least someone is accountable.  And at least the reforms that Costa Mesa enacted and the County of Orange also adopted will help prevent future abuses and preventable deaths.”

“I will continue to work with our local elected officials to ensure that every city adopts the lawful reforms, and holds accountable those that want to profit off the plight of people.”

“Sentencing in Captain Kreza's case is December 10. Our community thanks the jury and appreciates the work of those seeking justice for the victims in Orange County.  We will continue to advocate for stronger reforms to prevent future abuses and tragedies.” 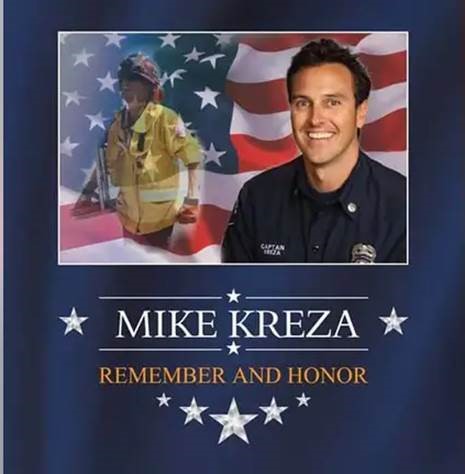